We are currently tendering for the annual Christmas Lights in the Town Centre.

The contract will run for four years to include the 2021/22 lighting period.

Full details can be found here.

We are currently tendering for the mobile bar for Carnvial.

Bishop’s Stortford Carnival is in its 20th year now and attendance has increased steadily over the years. In recent years that attendance has been in the region of 10,000 visitors throughout the day, with an average of 3,000 people being on Sworders Field (Fun on the field) at any one time.

We have a procession that travels throughout the town centre finishing on the Link Road around 1.30pm. By then the fun on the field, which commences at 12 Noon and carries on until 5pm, will be in full swing. In total, over 100 community groups and other organisations are taking part.

The historic 'K6' design phone box at the top of Devoils Lane will become the property of Bishop's Stortford Town Council on Friday 16th February.  The Town Council resolved to adopt it in June 2017 and BT have now decomissioned it and completed the transfer.  The box will remain in its current location and work will be done to it over the next few months to bring it back to a good state of repair.  It will then be fitted with a public access defibrillator, donated by the Sudden Adult Death Trust, a charity dedicated to preventing loss of life from SADS, Sudden Death, highlighting cardiac risk in the young through to middle age and funding lifesaving equipment.

Bishop’s Stortford Town Council regrets to announce that the contractor (Novo Contractors) employed to reconstruct and refurbish Market Square Toilets has ceased work on the contract and have advised that they do not intend to restart.  The contract has therefore been terminated for reason of default by the contractor.   Novo Contractors was initially chosen following a competitive tendering process and after undertaking the usual checks and following receipt of satisfactory references.   Novo had previously completed work for the Council with which it was  entirely satisfied.  The Town Council became aware, following contract award, that another company in the Novo group (but not Novo Contractors) was in liquidation, however there was no reason at that point to rescind the award nor would such a rescission have been permitted by the industry standard ‘JCT’ contract which is used for works of this nature.

The demolition and reconstruction has been completed to floor level and the building inspector has confirmed that the works to date are satisfactory, which means that most of the uncertainties in the build are now behind us.  This gives a new contractor a relatively clear run and the Town Council has already initiated a new round of competitive tendering for the completion of the works.  As is common with contracts of this nature, some payments have already been made to Novo albeit for less than the value of works actually completed.  Following the default no further payments are due and under the contract Novo Contractors remain liable for any costs in excess of their fixed price quote which might be incurred.  The Town Council has been advised, however, that Novo Contractors will shortly cease trading and the Council will therefore be seeking  to complete the works as quickly as possible and without any increase in cost.

Unlike the toilets they replace, the new toilets will be at ground level and fully accessible for those with disabilities.  A terrace roof is included in the design and the Council is in discussion with the owners of the adjacent café (Rosey Lea) with a view to it being used for seating.  Subject to receiving satisfactory quotes it is hoped that the works will restart in March/April.

Following a decision made at the Town Council meeting of 6th February Bishop's Stortford Town Council has signed Heads of Terms for a partnership agreement with East Herts District Council and the Rhodes Birthplace Trust for the devlopment of a new Arts Centre at Old River Lane.  Full details are available here.

Applications are now open! Information regarding this years Christmas Fayre can be found here: http://www.bishopsstortfordtc.gov.uk/christmas-fayre-2018 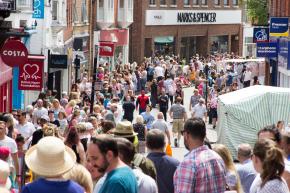 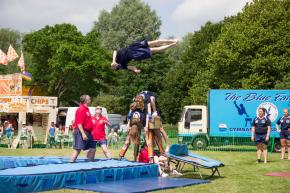 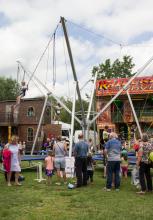 Applications are now open! Information regarding this years carnival can be found here: http://www.bishopsstortfordtc.gov.uk/carnival-2018 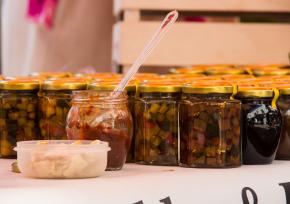 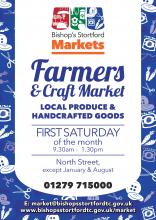 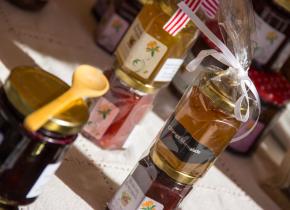 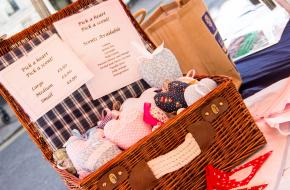 Bishop's Stortford Farmers and Craft Market returns on Satruday 3 February 2018 from 9.30am in North Street. Lots of wonderfully created produce available to buy

The Town Council is currently inviting tenders to operate a pop up cafe on Sworders Field during the 2018 season - closing date 9th February 2018.  Full details are here.

The Town Council is recruiting for an exciting and varied role spporting our administrative, tourism and events teams.  The role is Initially offered on a one year fixed term contract with the potential to become permanent.   It would suit someone liikes challenge and variety in their job, who is organised and can turn their hand to a wide range of activities, and is seeking an administrative role with a customer-facing element.  The successful applicant will get to experience a broad spectrum of the Council's activities and gain a wide appreciation of its work.  See http://www.bishopsstortfordtc.gov.uk/vacancies  for full details and application form.